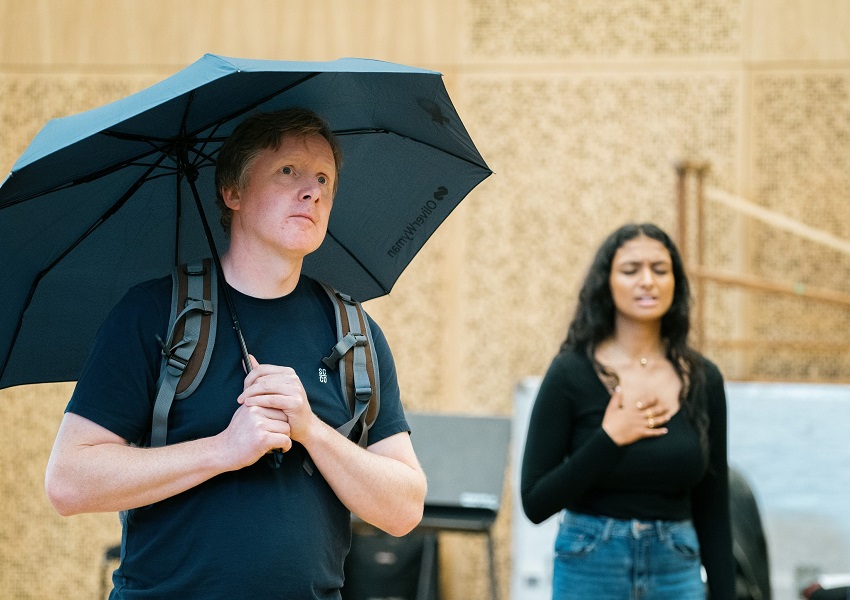 A stunning opera production celebrating music from around the world is heading to Hull’s Stage @TheDock to kick-start a spectacular summer season of shows, events and performances.

Opera North will perform the timeless story of A Tale of Orpheus & Eurydice at Stage @TheDock twice this Saturday, June 25, in productions supported by Wykeland Group, which owns and manages the open air venue. Inspired by Monteverdi’s opera Orfeo, the production transforms the myth of two star-crossed lovers into a modern-day fable.

Audiences will be taken on a 45-minute musical odyssey as Orpheus and Eurydice reminisce about their first meeting and how they negotiated their way through an unfamiliar city. On the way, they explore a wealth of musical styles from South Asian classical, opera and folk to jazz, blues and soul, including a new song composed by sitarist, composer and Opera North’s artist-in-residence Jasdeep Singh Degun.

The joyful celebration of music and love is a collaboration between Opera North and South Asian Arts-uk (SAA-uk) and features performers from both South Asian and Western musical traditions. The performances at Stage @TheDock in Hull’s Fruit Market are backed by developer Wykeland Group, a leading supporter of arts and culture in the city.

Wykeland created Stage @TheDock by investing £750,000 to transform the former Central Dry Dock into an outdoor performance venue, which is now well established on the touring theatre and performance circuit.

Stage @TheDock is just yards from bars, restaurants, galleries and more in the Fruit Market urban village, making it the perfect destination for pre and post-performance refreshments.

Wykeland Culture and Events Manager Natalia Cleary said: “We’re absolutely delighted to welcome Opera North back to Hull following their fantastic performance of The Magic Flute last year and to support the performances at Stage @TheDock to ensure they are affordable and accessible.

“This wonderful fusion of opera and south-east Asian music is a real highlight to kick-start our summer programme. Watching world class opera singers performing in such a unique open air location will be incredible.” Natalia added: “We’re looking forward to welcoming people who may not have been to a theatre performance before and we’re offering some free and discounted tickets to local refugee groups.

“Hull is a City of Sanctuary and a place of welcome and safety for those in need of sanctuary, which supports our joint aim of making this performance and others as accessible as possible. It demonstrates the cultural depth of our city and the diversity we have in Hull.”

Following the Hull performances, the tour of A Tale of Orpheus & Eurydice will move on to Leicester, Nottingham, York, Newcastle, Leeds, Bradford and Salford.

Emily Simpson, Opera North Director of Audiences, said: “A Tale of Orpheus and Eurydice is a celebration of musical storytelling in all its myriad forms. At only 45 minutes long, it’s the perfect introduction to the power of live performance and to the unique combination of Western opera and Indian classical music.

“By touring to a variety of community venues across the north of England, we hope to engage and entertain people who may not have encountered opera before and perhaps even spark a lifelong passion for the art form.”

Performances of A Tale of Orpheus and Eurydice will take place at Stage @TheDock at 2pm and 4pm on Saturday, June 25. Tickets are available from £4 and can be booked here.

Further details about other performances, events and shows at Stage @TheDock will be released in coming weeks.